Cinema discourse looks at current and classic movies from a literary point of view. We also have top movie reviews, current movie reviews, film ratings, movie blogs and movie history.
You are here: Home / Uncategorized / On The Hunger Games

First, this is a discussion of the movie; I have not read the books. Second, I am going to exercise some laziness and, for those not familiar with the story line, quote from Wikipedia to get us up to speed:

“The story takes place in a dystopian post-apocalyptic future in the nation of Panem, which consists of a wealthy capitol surrounded by 12 less affluent districts. As punishment for a past rebellion against the government, the Capitol initiated the Hunger Games—a televised annual event in which one boy and one girl from each of the 12 districts are selected in a lottery as “tributes” and are required to fight to the death in an arena until there is one remaining victor. When the protagonist Katniss Everdeen (Lawrence) hears her younger sister’s name called as the female tribute for their district, she volunteers to take her place in order to save her from having to participate. Joined by her district’s male tribute Peeta Mellark (Hutcherson), Katniss travels to the Capitol to train for the Hunger Games under the guidance of former victor Haymitch Abernathy (Harrelson), expressing resentment for both the Capitol and its populace for forcing her and her fellow tributes to fight to the death for their own amusement.”

So, in a dystopian future, children fight to the death for the entertainment of the populace and to provide social cohesion. And a girl is the victor. As some have noted, we have a Spartan child-raising theme, along with some Theseus and some Roman gladiators, all presented as a combination of The Truman Show and Survivor. And one more thing. The three books in the trilogy are in the top ten on Amazon’s bestseller list, and the movie is the first action movie with a female lead to break into the all-time top 200 grossing action movies, so something here has caught on, particularly with teenagers who constitute a large part of the audience for the books and the movie. What might that be?

Let’s look at what is going on in this movie. And let’s make an assumption: If a movie with an improbable premise catches on, it could be because on some level people feel that it depicts their experience.

The people in the movie, outside of the capitol, are impoverished and hungry. Few are hungry today, but many feel that they are having a hard time getting by. So there is the first touch point.

Next, in the movie there is no hope of a better world. These kids accept their fates, train hard, fight hard, and try to bring honor to their country and their communities. As we look at the lives of those in the former Soviet Union and in former Eastern Block countries, we see how hope is rung out of people. The fact that this resonates with American kids today should warn us that there is something wrong with our own contemporary cultural and political situation.

Notice that in Total Recall, Ultra Violet, The Island, and dozens of other science fiction films, the protagonist overthrows the oppressive system and frees everyone, and in movies like Gattaca, where the oppressive system remains intact, the protagonist at least beats the system. But not here. Our two chief protagonists are able to win and live, but only within the system. They go home (presumably with more adventures to follow in sequels), but the system that suppresses, demoralizes, and ultimately enslaves its subjects, endures.

So, if this movie is reflective of the way young people feel today, how do they feel? They feel pessimistic. They feel that the government is hostile to them, and they are hopeless to change it. They feel they live in poverty brought on by a corrupt system. They are profoundly pessimistic. How could that be?

People tend to think of the world as it was when they grew up, perhaps as it was in the time of Harry Truman’s “The buck stops here,” of Eisenhower’s Interstate Highway System, of Kennedy’s vision to go to the moon, of Bush senior’s character and courage, of Reagan’s gleaming city on a hill, of Clinton’s joy of life and balanced budgets.

But what do young people who were born in the past fifteen or twenty years recall? What is their experience of our country and our government?

– A congress that funds lavish international first class travel on “fact finding” junkets for themselves and their families?
– A first family that spends half its time on luxury vacations, flying on personal his-and-hers jumbo jets?
– Washington parties catered at thousands of dollars per person?
– Fund raising dinners at $40,000 a plate?
– Government workers paid on average twice what comparable workers in the private sector are paid?
– A president who lashes out at corporate meetings in Las Vegas (often the one bright moment in the otherwise dreary day-to-day lives of many workers—one thinks of Mao enforcing dull lives on his peons while he and his family lived in luxury) while members of his administration party there with a bill to the tax payer of $822,751, and then issue coins to commemorate the event as though they were Roman emperors?

– And a government that lashes out at and seeks to silence its critics.

The Washington Examiner reports: “The Obama extravaganza two years ago for Mexican President Felipe Calderon, which included a performance by pop star Beyonce, cost $969,793, or more than $4,700 per attendee, the documents show. The Calderon dinner was held on the South Lawn in a massive tent adorned with decorated walls, hanging chandeliers, carpeting and a stage for Beyonce’s performance. Guests rode private trolley cars from the White House to the tent. Celebrity guest chef Rick Bayless from Chicago’s Topolobampo restaurant was imported to prepare Oaxacan black mole, black bean tamalon and grilled green beans.”

When Harry Truman left the White House, he took the car he owned when he arrived out of storage and drove back to Missouri. Is this stuff disgusting, or is it just me?

Peggy Noonan writes in her column in the Wall Street Journal: “Every story that has broken through the past few weeks has been about who we are as a people. And they are all disturbing.

“There is the General Services Administration scandal. An agency devoted to efficiency is outed as an agency of mindless bread-and-circuses indulgence. They had a four-day regional conference in Las Vegas, with clowns and mind readers.

“The reason the story is news, and actually upsetting, is not that a government agency wasted money. That is not news. The reason it’s news is that the people involved thought what they were doing was funny, and appropriate. In the past, bureaucratic misuse of taxpayer money was quiet. You needed investigators to find it, trace it, expose it. Now it’s a big public joke. They held an awards show. They sang songs about the perks of a government job: “Brand new computer and underground parking and a corner office. . . . Love to the taxpayer. . . . I’ll never be under OIG investigation.” At the show, the singer was made Commissioner for a Day. ‘The hotel would like to talk to you about paying for the party that was held in the commissioner’s suite last night’ the emcee said. It got a big laugh.

“On the ‘red carpet’ leading into the event, GSA chief Jeffrey Neely said: ‘I am wearing an Armani.’ One worker said, ‘I have a talent for drinking Margarita. . . . It all began with the introduction of performance measures.’ That got a big laugh too.

“All the workers looked affluent, satisfied. Only a generation ago, earnest, tidy government bureaucrats were spoofed as drudges and drones. Not anymore. Now they’re way cool. Immature, selfish and vain, but way cool.

“Their leaders didn’t even pretend to have a sense of mission and responsibility. …”

The movie does an excellent job of not only showing the luxurious lives those in government provide for them selves at the expense of the “commoners,” but the idea that the audacity to do so is in proportion to their power to intimidate any who might challenge them. We see this today as the IRS, with the power to audit its critics, spending $49 million on “conferences” for its employees (vacations commoners can only dream of) and $4.1 million on just one “conference.”

When our protagonist, Katniss leaves her impoverished coal town, where she had kept her mother and sister alive by hunting squirrels with a bow and arrows, she is escorted aboard a super train by a ridiculous overly made up fop of a woman where she sees table after table covered with rich foods. On arriving in the capital city, she encounters gleaming buildings, luxurious accommodations, and lavish meals. All funded on the backs of poor people like herself.

George Will, writing of Montgomery County, where many Washington government “workers” live, describes “Entering Montgomery County, you immediately pass Ralph Lauren, Cartier, Bulgari, Gucci, Jimmy Choo and Saks Fifth Avenue. For those who toil in the ambit of the federal government, virtue may be its own reward, but Louis Vuitton luggage isn’t to be sneezed at.”

When I was a kid my father was rather high up in the New Deal SEC. We shopped at Sears.

So, here is a thought on why The Hunger Games might resonate with today’s teenagers. It is a depiction of the world in which they live. 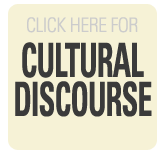 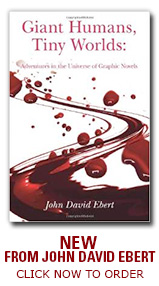 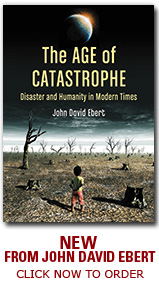 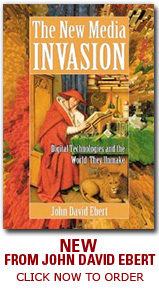 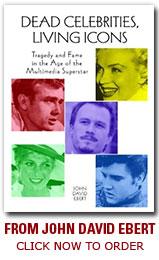